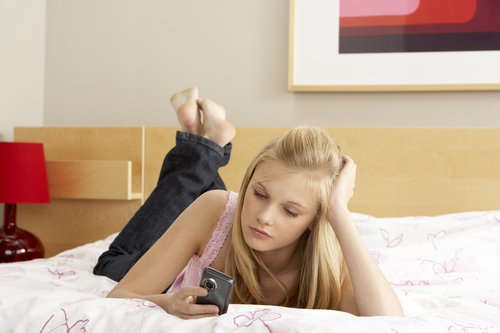 In the hot-off-the-presses September, 2017, issue of The Atlantic Monthly, psychologist Jean Twenge has an article entitled, “Have Smartphones Destroyed a Generation” describing the rapidly deteriorating mental health of today’s adolescents. She draws on extensive research data to make the connection between the use of technology and the rising rates of anxiety and depression. This is an article I STRONGLY encourage you to take the time to read and pass along to others.

The influence of iphones is easy to appreciate – you’ve likely seen all the usual warnings about the detriments of texts instead of actual personal contact, the addiction to constantly monitoring one’s friends and social status resulting in a reduced attention span, the negative feelings of low self-worth when your Facebook or Instagram pages don’t seem to match up to the amazing lives of others, the online bullying, exclusion by others, and so much more. Twenge documents the changes in social behaviors in a very short period of time, and the challenges of trying to adapt to these in healthy ways. She makes a strong case for the shrinking social connections to the emergence of the iphone and social media as major forces shaping the declining mental health of today’s teenagers.

As the younger generation gets their news and entertainment on their phones, other negative media influences are becoming apparent as well. As an example, consider the impact of the the controversial Netflix program called 13 Reasons Why.

In this program, a high school student commits suicide, carried out in graphic detail in the series final episode. She leaves behind recorded descriptions of the suffering she endured (including bullying and rape) that gave rise to her taking her own life.

A research letter in the July 31 online issue of the Journal of the American Medical Association Internal Medicine, reported that in the 19 days following the show’s debut, online queries about suicide jumped by about one million searches. The letter by J. Ayers, Ph.D., B. Althouse, Ph.D., and E. Leas, Ph.D, et.al used Google to obtain search trends including the word “suicide”. Searches for “how to commit suicide” were 26% higher than usual for the time span. And, searches attributed to public awareness were also up including: “suicide prevention” (23% increase) and “teen suicide” (34 % increase) than is typical for that time span.

WHAT CAN WE DO ABOUT IT?

Technology isn’t going to go away, of course, and social media influences are only growing stronger. The detrimental effects of technology are becoming painfully obvious, a point I emphasized heavily in my book, Depression is Contagious.

One of my colleagues, Tobi Goldfus, wrote a book called From Real Life to Cyberspace (and Back Again) that also describes the power of technology to shape mental health in young people and also offers some very wise and helpful advice. All mental health professionals need to address these issues directly and forcefully.

One of the first steps is to let go of the older conceptualizations of depression and anxiety as rooted in personal history and individual psychology only, and update perspectives to include social forces as triggers at least as much as one’s psychological makeup.

Another step is to get classes into elementary schools on how to manage technology with insight and foresight. With depression striking at ever younger and younger ages, we need to focus on helping kids learn how to think about and use the everyday technologies available to them. This is a great opportunity for prevention.

This blog was shared in our August 10, 2017 Newsletter. Please be sure to sign up and receive future newsletters in your inbox.